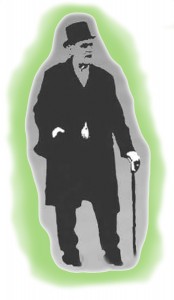 Ghosts of the Past

The Historic Amsterdam League in conjunction with the Green Hill Cemetery Association presented its sixth annual Ghosts of the Past tours last weekend. The guided evening walking tours through the 50 acre Church Street burial ground provided an interesting, fun, and unique view of Amsterdam history.  Nearly 300 tour-goers attended the sold-out event over Friday and Saturday nights, meeting re-enactors portraying a number of Green Hill’s “residents” and listening to their stories while walking the torch and candle lit cemetery grounds. 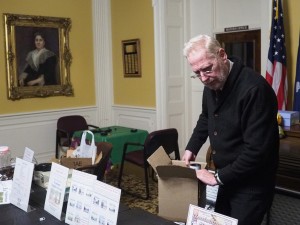 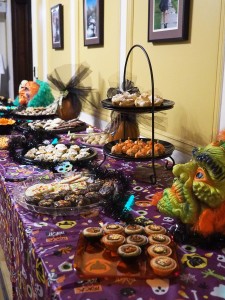 Complimentary Halloween treats and refreshments await tour-goes at City Hall headquarters before and after their Green Hill adventure. 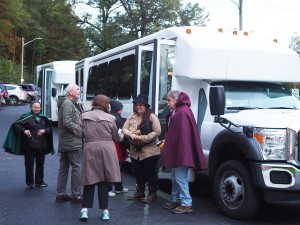 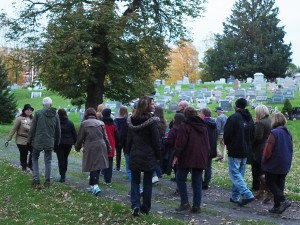 The 6:00 PM Friday tour sets off into Green Hill Cemetery.  Each tour lasted slightly more than one hour, was about ½ mile in length, and included seven stops. 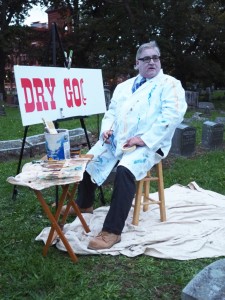 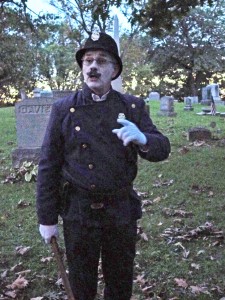 The story of Patrolman Joseph Hyde (1854-1891), the first Amsterdam policeman to die from injuries in the line of duty, is recounted by the Hon. Guy P. Tomlinson.  Hyde was shot during a $4.25 burglary. 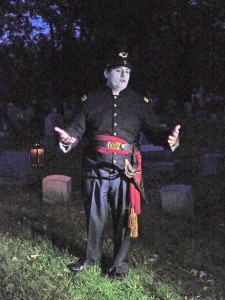 Vincent Stark re-enacts the story of Captain George Belotti (1936-1901), who after coming to America in 1861 enlisted in the Union Army.  Wounded three times, he settled in Amsterdam after the Civil War and was active in the local Italian community. 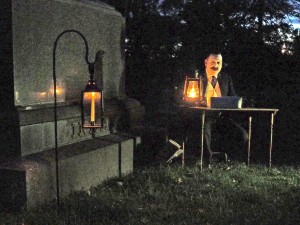 Namesake of the Inman Senior Center, industrialist Horace J. Inman (1839-1912) is portrayed by Scott Haefner.  Worldwide sales of equipment invented by Inman to manufacture his products overtook his original box business and earned him a gold medal at Chicago’s 1893 Columbian Exposition. 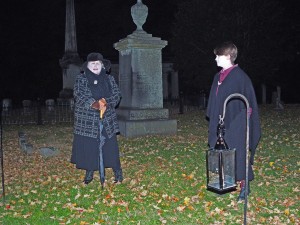 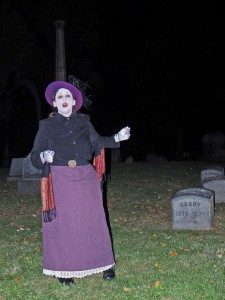 The story of S. Katherine McFarlan (1869-1934) and her family is told by Vanessa Stark.  Opened in the 1870s, the Amsterdam Hosiery Mills were owned by the McFarlan and Marcellus families, and sub-divided McFarlan land became the Campus Heights section of the city in the early 1900s. 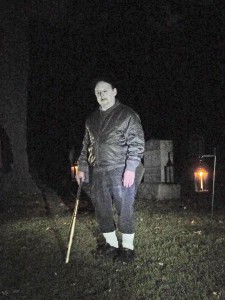 Stan Bandos portrays professional baseball player Walter “Wobby” Hammond (1891-1942), the first and one of only four Amsterdamians ever to make it to the major leagues.  Hammond played for the Cleveland Indians and the Pittsburgh Pirates in the 1920s. 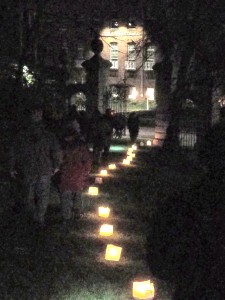 Tour-goers descend the luminary lined original 1858 Church St. entrance to Green Hill Cemetery at the conclusion of the tour on their way back to City Hall. The entrance gateway, designed and donated by Stephen Sanford, is silhouetted by the lights of the Walter Elwood Museum.